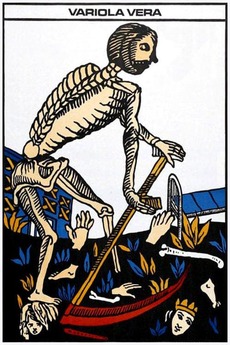 An Albanian pilgrim, infected with an unknown disease, is on his way back to Belgrade from the Middle East. When doctors realize that it is a disease that has been considered eradicated, it is already too late - variola vera begins to languish and the hospital is quarantined.