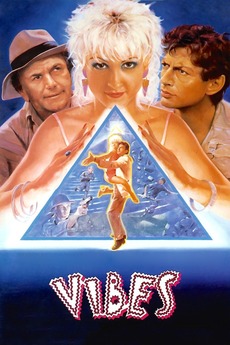 The psychic comedy that's out of its mind.

Medium Sylvia Pickel and psychometrist Nick Deezy meet at a psychic research facility in New York. Not long after, they're contacted by Harry Buscafusco, who offers them $50,000 to find his lost son in South America, in the heart of Incan territory where they discover an ancient mystical secret, and each other.