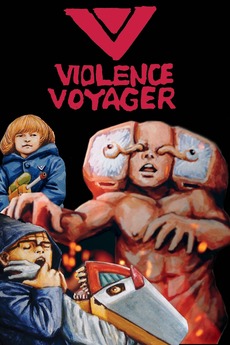 This is not animation.

Following an end-of-term school ceremony, the American boy Bobby decides to go with his friend Akkun into the mountains outside their village, to a place perfect for a secret base. On the way they stop into a mysterious amusement park. They have fun there, but are attacked and cannot leave. Falling in with some other children who are also lost there, they fend off a number of attacks, and gradually learn the truth behind the facility.