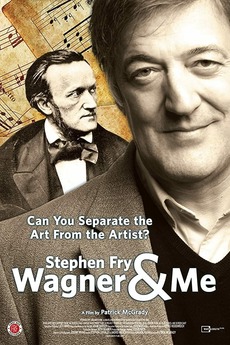 Actor and writer Stephen Fry explores his passion for the world's most controversial composer, Richard Wagner. As a life-long fan can Stephen, who is Jewish and lost family in the Holocaust, salvage Wagner's music from its dark associations with anti-Semitism and Hitler?

Ad Libitum: Anything and Everything Classical Music (Except Operas)

Always in progress. A bit all over the place but I'm tidying it up with my own taxonomy so don't…

Documentary titles that explore the world of classical music—the composers, the conductors, the performers, and the instruments.

Films related to composers and the history of music (in construction)

NOT IN THE DATA BASE: