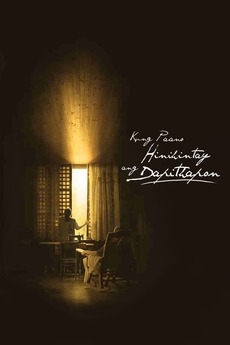 Teresa and Celso is an unmarried couple trying to survive their mundane elderly life. On the night of their anniversary, they received a phone call from Teresa’s estranged husband Benedicto who is ill and asking for care. The couple went out of their way to attend to his needs in the remaining days of his life, even seeking for the forgiveness of his son Chito. The film tells of love, companionship, and forgiveness. It is about moving forward by revisiting the past. It poses that on the twilight of our days, how do we really wait for the sun to set?

modern philippine cinema is alive and well. the future is bright as storytellers and filmmakers get to showcase their artistry.

THE WORLD OF PHILIPPINE CINEMA

Filipino movies that are available for viewing on Netflix PH.