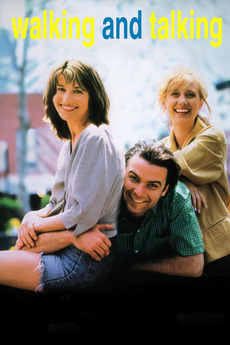 A movie for everyone who wants to get married and stay single at the same time.

Things have been tough lately for Amelia. Her best friend moved out of the apartment, her cat got cancer, and now her best friend, Laura, is getting married. She copes with things, from the help of Andrew, Frank, Laura, and a brief romance with Bill "The Ugly Guy".