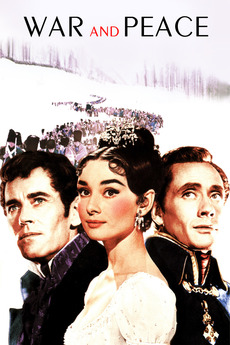 The Greatest Novel Ever Written ... Now Magnificently Alive On The Screen!

Napoleon's tumultuous relations with Russia including his disastrous 1812 invasion serve as the backdrop for the tangled personal lives of two aristocratic families.