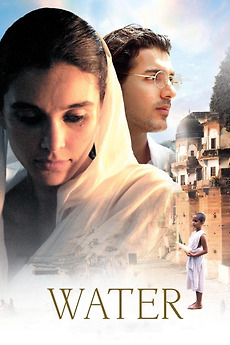 For Five Years, Extremist Groups Waged A Campaign of Death Threats, Arson and Riots To Stop The Production of "Water." But The Filmmakers Were Not To Be Silenced.

The year is 1938, and Mahatma Gandhi's groundbreaking philosophies are sweeping across India, but 8-year-old Chuyia, newly widowed, must go to live with other outcast widows on an ashram. Her presence transforms the ashram as she befriends two of her compatriots.