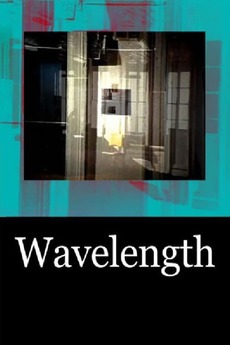 Wavelength consists of almost no action, and what action does occur is largely elided. If the film could be said to have a conventional plot, this would presumably refer to the three “character” scenes. In the first scene two people enter a room, chat briefly, and listen to “Strawberry Fields Forever” on the radio. Later, a man (played by filmmaker Hollis Frampton) enters inexplicably and dies on the floor. And last, the female owner of the apartment is heard and seen on the phone, speaking, with strange calm, about the dead man in her apartment whom she has never seen before.