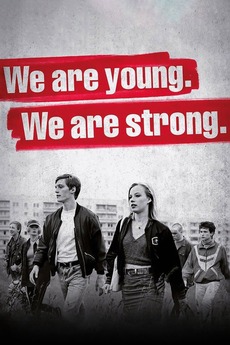 We Are Young. We Are Strong.
JustWatch

We Are Young. We Are Strong.

On 24th August 1992 in the eastern German city of Rostock a rampaging mob, to the applause and cheering of more than 3,000 bystanders, besieged and set fire to a residential building containing, among others, more than 120 Vietnamese men, women and children on what has since become known as "The Night of the Fire." The riots became a symbol for xenophobia in the just recently reunited Germany. This film recounts the incident from the perspectives of three very different characters.

Recommended German films with an artistic approach that hopefully will stand the test of time. From award winners like Haneke…

A lot of people seem to hate German movies for no apparent reason. While we have lots and lots of…