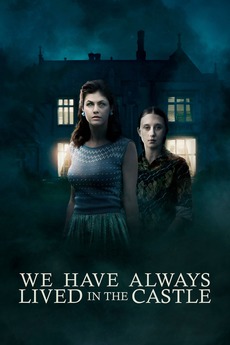 We Have Always Lived in the Castle

In Shirleyville, Vermont, during the sixties, sisters Merricat and Constance, along with their ailing uncle Julian, confined to a wheelchair, live isolated in a big mansion located on the hill overlooking the town, tormented by the memories of a family tragedy occurred six years ago. The arrival of cousin Charles will threaten the fragile equilibrium of their minds, haunted by madness, fear and superstition.