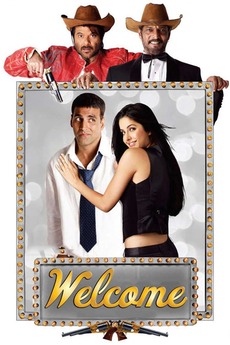 Dubai-based criminal don Uday takes it upon himself to try and get his sister Sanjana married - in vain, as no one wants to be associated with a crime family. Uday's associate Sagar Pandey finds a young man, Rajiv, who lives with his maternal uncle and aunt - Dr. and Mrs. Ghunghroo. Through extortion he compels Ghunghroo to accept this matrimonial alliance. But Rajiv has already fallen in love with young woman in South Africa. When the time comes to get Rajiv formally engaged to this woman, he finds out that Sanjana and she are the very same. With no escape from this predicament, the wedding is planned, with hilarious consequences.