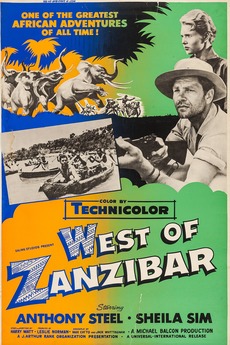 They Plunder The Ivory Coast

Game warden Bob Payton (Anthony Steel) tracks a ivory smuggling ring through some of the most treacherous passages of the Zanzibar territory.

A Mirror for England

All of the films referenced in 'A Mirror for England' by Raymond Durgent.