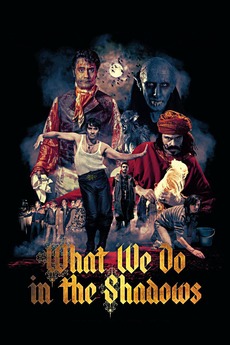 What We Do in the Shadows
JustWatch

Some interviews with some vampires

Vampire housemates try to cope with the complexities of modern life and show a newly turned hipster some of the perks of being undead.