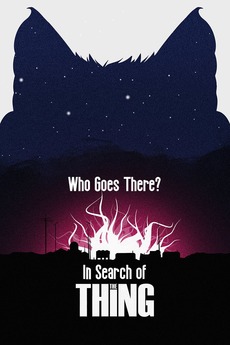 Who Goes There? In Search of The Thing

An all-new feature length documentary produced by Ballyhoo Motion Pictures exploring the history of The Thing, from the original novella to John Carpenter's terrifying science fiction classic. Featuring new interviews with the cast and crew, as well as authors, historians, and critics.