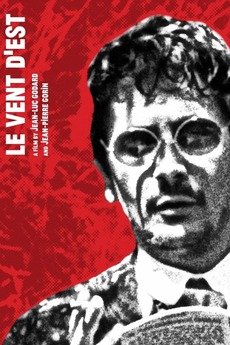 Wind from the East
JustWatch

Wind from the East

Wind From the East is a product of Jean-Luc Godard's involvement, during the late 60s and early 70s, with a collective filmmaking experiment known as the Dziga Vertov Group. The film is, typically of the films he made during this period, about ideas and simultaneously about how best to express those ideas through the medium of film. The film deals with the situation of a strike and, during its first half, methodically analyzes the different components of the strike: the workers, the radical students who encourage the strike while not quite being able to communicate in the same terms as the workers, the union delegates and other middlemen who preach moderation and compromise, the employers who demand the immediate resumption of work, the police state that suppresses the strike on behalf of capitalism.