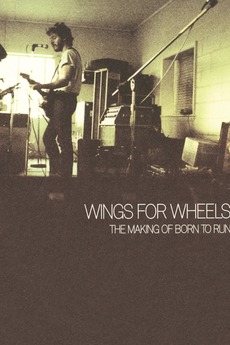 Wings for Wheels: The Making of 'Born to…
JustWatch

Wings for Wheels: The Making of 'Born to Run'

What can be said about Born To Run that hasn't already been said or written over the years? The album took Springsteen from punk to rock star, from rags to riches, from boy to man, educating his crowd in lessons of love, broken dreams and cars. This documentary details the making of the album and covers everything from the pressure that Springsteen was working under to produce a hit album for Columbia Records to working with the band in the studio to achieve the sound he wanted for the album. Finally the "Hype" of Springsteen that threatened to overtake the value of the album and the artist is also discussed. Featuring vintage footage and new interviews, it's a marvelous glimpse into the creation of one of the top ten albums of all time. There are also three performances from 1973 recorded in Los Angeles-"Spirit in the Night" "Wild Billy's Circus Story" and "Thundercrack".