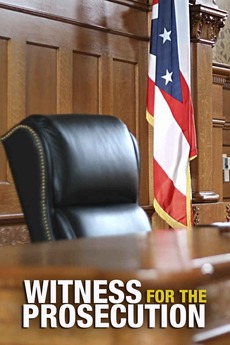 Witness for the Prosecution
JustWatch

Witness for the Prosecution

Sir Wilfred Robarts, a famed barrister is released from the hospital, where he stayed for two months following his heart attack. Returning to the practise of his lawyer skills, he takes the case of Leonard Vole, an unemployed man who is accused of murdering an elderly lady friend of his, Mrs. Emily French. While Leonard Vole claims he's innocent, although all evidence points to him as the killer, his alibi witness, his cold German wife Christine, instead of entering the court as a witness for the defense, she becomes the witness for the prosecution and strongly claims her husband is guilty of the murder.

based on the books of Agatha Christie

Films based off books

This list will contain films that are based off books. Classics and modern. Children ,Young adult, and adult books that…