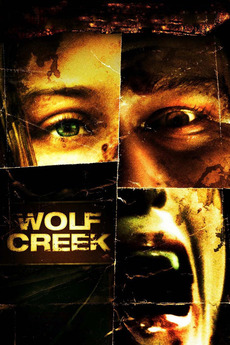 The thrill is in the hunt.

Stranded backpackers in remote Australia fall prey to a murderous bushman, who offers to fix their car, then takes them captive.