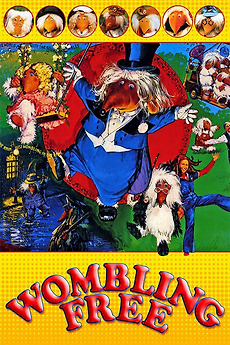 The adventures of The Wombles, strange creatures who live on Wimbledon Common and pick up the litter left by the humans. There's always time for a nice song and dance as well. This was a film version of the popular childrens TV show.