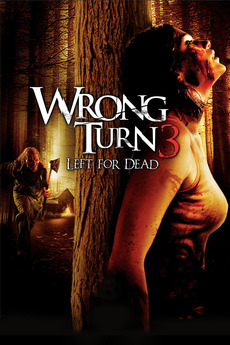 What you don't see will kill you.

A group of people find themselves trapped in the backwoods of West Virginia, fighting for their lives against a group of vicious and horribly disfigured inbred cannibals.