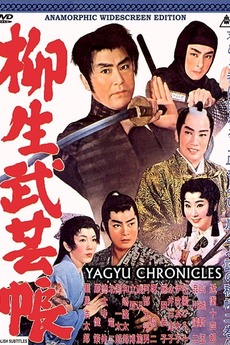 Two groups are after the legendary Yagyu Secret Scrolls. A princess of a disgraced clan and her loyal servant want it to clear their family's name. And a rival clan wants it to destroy the Yagyu family. Only master swordsman, Yagyu Jubei stands in their way. What is the secret that is hidden away in the scrolls?

Chanbara and jidai-geki, but no epic dramas