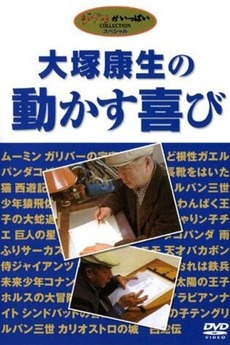 Yasuo Ōtsuka was the mentor of Isao Takahata and Hayao Miyazaki, the man who taught them to feel the joy of animation. As the supervising animator of their films and through the creation of superb scenes such as Lupin leaping from turret to turret in Lupin the 3rd: The Castle of Cagliostro, Ōtsuka made the impossible believable, and touched people’s emotions. To look back at the many works he was involved in is to review the history of Japanese animation after WWII. This film is a must for anime fans who want to learn how Japanese animation evolved.