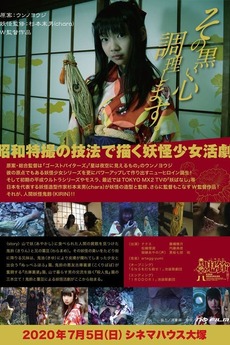 Basically, most Yōkai are peace-loving, harmless demons who rarely interfere with the human world, but do serve them well from time to time. OniKiri, however, are the fiends among the Yōkai, and they are currently wreaking havoc in Japan by plaguing the common people. Fortunately, Kiri, a horned Yōkai in human form, roams the countryside with her faithful Kasa-obake - a chatty umbrella with one eye - and catches the scent of the malevolent creatures. For to her, there is nothing more delicious than the lumpy essence of the oni.