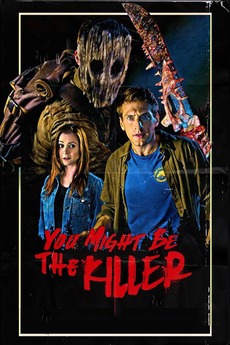 It's summer camp. What did you expect?

Counselors are being killed off at summer camp, and Sam (Fran Kranz) is stuck in the middle of it. Instead of contacting the cops, he calls his friend and slasher-film expert (Alyson Hannigan) to discuss his options.