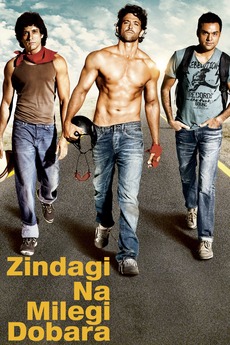 Lets Make This The Most Memorable Road Trip Ever

Three friends who were inseparable in childhood decide to go on a three-week-long bachelor road trip to Spain, in order to re-establish their bond and explore thrilling adventures, before one of them gets married. What will they learn of themselves and each other during the adventure?