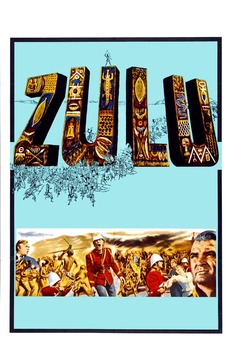 Dwarfing the mightiest! Towering over the greatest!

In 1879, during the Anglo-Zulu War, man-of-the-people Lt. Chard and snooty Lt. Bromhead are in charge of defending the isolated and vastly outnumbered Natal outpost of Rorke's Drift from tribal hordes.

The Battle of Rorke's Drift