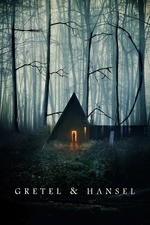 The first 30 minutes are tremendous. Triangles abound, colors burn, and each frame feels as necessary as it is meticulously designed. But it ultimately gives way to more conventional filmmaking in service of an inevitable conclusion that leaves the movie without much tension. I love the mood and atmosphere here, and the feminist lens on this story really opens it up in interesting ways, but I honestly wish it committed more to it’s psychedelia than it’s themes. I think that was the space it operated best in.

We had a particularly crazy Uber driver to this movie. We live like 15 minutes from our local theater, easily reached without using any highways. We somehow used 3 different highways to “avoid traffic” while he told us about a man that repeatedly stabbed himself while driving and killed a family that he ended up crashing into on New Years Day. He asked what movie we were seeing (that he kept insisting he would ensure we were on time for, a thing that would not have been an issue had we never gotten on any highways) and the following conversation occurred:

UD: Who stars in it?
Me: The young girl from the first IT.
UD: Jessica Chastain?
Me: The girl that played the younger version of her.
UD: Julianne Moore?

Now read that again with hoagie-mouth and have the best afternoon.

John Dies at the End