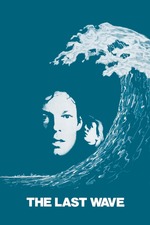 Just yesterday in my review for PICNIC AT HANGING ROCK, I was so pleased with myself for “uncovering” the theme of apocalypse across the few Weir movies I had seen. Then this morning I watch this, which is quite literally about the apocalypse, even by name, and feel foolish for thinking I had unlocked some secret truth! (this sentence actually applies to this movie, if you’ve seen it)

This is just fascinating stuff. And even in being more directly about an apocalypse, there’s an interesting twist here where you might say the apocalypse had already happened for the aboriginals. And what they’re waiting for could be a cleansing of sorts, allowing them to reclaim their land.

I would guess there are some that might balk at what could be considered a white savior narrative here. However, I would at least point out that the central character is an absolute failure of a savior, if that is indeed the case.

Lots to wrestle with and chew on here, much of which I don’t have the context with which to do that. I don’t know much about Australian or aboriginal history. But if it’s even remotely like American history, which I think I know enough to confirm, this hits home pretty hard. Highly recommend.

Wanted to note that the score is once again wonderful here, this time by Groove Myers (credited as Charles Wain in the film).