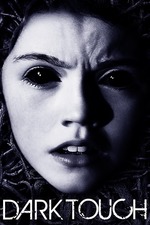 In 2013 I completed a thesis titled "Let's Get This Party Started!: The Carnivalesque Rise of the Evil Child in Film". This carnivalesque mentioned in the rather long thesis title refers to a theory forwarded by Russian formalist Mikhail Bahktin, whose own thesis which looked at the works of medieval literary satirist Rabelais, saw within the writer's work the use of the folk tradition of the carnival. The carnival is a short-lived period in which the world is essentially turned upside down. Birds fly in the ocean and fish swim in the sky. That sort of thing. More importantly it was a brief time for the peasantry to let off steam in what was otherwise a highly oppressive and controlled feudal society.

A lot more can be said about carnival theory but applying it to the evil child film shows how more often than not the adult/child relations at the centre of these films is inverted so that the child assumes authority over the adult who loses all control. What's more, this will often happen during or soon after a party. It's as though the carnivalesque energy of the party initiates radical social upheaval, much like what happened in the medieval European carnivals in Rabelais' time.

The point of all this is that Dark Touch is yet another evil child film that plays quite literally with inverting the adult/chid dyad. Focal child Niamh comes from a past of serious abuse, the details of which are never explained in the film. It's actually refreshing to watch a contemporary film not concerned with the minutiae of exposition. This may be unsatisfactory for some audiences but there's plenty of other films for audiences that need everything spelled out - this film needn't (and doesn't) join those ranks.

Niamh receives the attention of a lot of adults and they all want to touch her and heal her. They in fact want her to become what they understand all children to be: helpless, defenceless, ignorant, dependent. In a word: innocent. Niamh refuses to be any of these things and it puts her on the wrong side of adult patience who resent her not acting like a "normal" child despite their well intended love and understanding. In the film's fascinating climax, all the words and deeds that are said and done to Niamh are inflicted upon her well-meaning foster parents. It's a great scene that literally turns the tables on adults and shows that the way adults treat children - even if it seems loving and kind and normal - denies the child its own right to assert itself over its own body, actions, language. Controversially, child abuse, taken from this perspective, happens the moment an adult expects a child to conform to their schedule.

Overall Dark Touch is not a successful mainstream horror film and despite some overly gratuitous scenes of blood and tortured adults is generally missing the type of treatment that contemporary horror fans tend to seek out. For those attracted to the more conceptual side of the genre, you will likely enjoy this film and not find its lack of clarity or logical jumps a hindrance to your enjoyment.