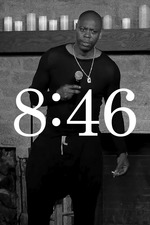 Whereas Kanye feels like his artistry has died in the arms of Jesus, Dave felt like he squandered his mastery of craft, surrendering substantive perspective in exchange for 'provocative' edgelord lulz.

One of the many disgraces of the present, hopefully not fleeting, intolerance of white supremacy's eternal chokehold is the depravity of the whites who still don't get it.

Their blinkered ignorance could be feigned or genuine. It could be a strategy to preserve their privileged position or simply a means to further inflict microagressions upon people who still have to be advocating the depressing cause that we are not less human than they are. That police should not be killing us over and over. That they should not get away with it when they do. That our humanity isn't erased if a rigged system has ensnared us with a criminal record like soul sick sellout Candace Owens would comfort similarly sick souls to believe.

The ones who require explanations on why 'All Lives Matter' is nonsense via cartoons about burning houses or broken legs. Like they are fucking children incapable of basic logic.

Did you see the white racist counterprotester in New Jersey kneeling on George Floyd in effigy next to an All Lives Matter sign?

8:46 is valuable for the way Dave expresses his black sorrow and his black rage with his black mind, a mind that despite my fears is still capable of accessing brilliance.

Though he presents the work up top as unformed, it is utterly coherent and bracing.

For me it peaks when he connects the dots between cops slaughtering black people and ex-military black cop killers whose intolerance for that slaughter manifested in like terms.

That the cop killers had signed up to fight acts of terror.

White supremacy is terrorism and good on ya Dave to pause the noxious punching down on trans people to actually be of some use in expressing this like only you could.