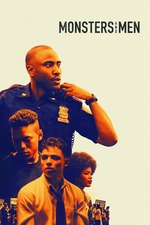 Quickie Review
Released around the same time as similar films like Blindspotting and The Hate U Give, Reinaldo Marcus Green’s feature directorial effort takes a look at a subject that is all too relevant in modern society. This film explores the aftermath of a police shooting of an unarmed black man in a Brooklyn neighborhood as seen through 3 different perspectives: the young man (Anthony Ramos) who recorded the incident on his phone, the cop (John David Washington) who’s caught in the middle of the situation where he’s torn between supporting his fellow officers and knowing all too well about being a black man in America dealing with cops, even when you are one, and the high schooler (Kelvin Harrison Jr.) who’s inspired by the recording online to take a stand against police brutality. While it hits on the head too much in terms of the message, this is a very powerful and harrowing character study at how one moment can create a chain reaction that can last a long time, something that has happened one too many times in real life. All three leads turn in remarkable and engaging performances, with each actor delivering powerful moments of emotion and depth, while Green directs the film with a strong ounce of realism, relevance and urgency. If you’re ever on Hulu, find Monsters and Men and give it a watch.