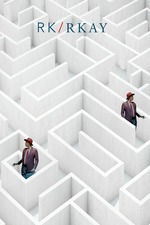 Rajat Kapoor is perfectly in command of the medium, it's amazing. Mind-bendingly philosophical. I don't know how many other films can be described with these adjectives. This film works on so many levels with me. It's all in the details.

The spotlight on film characters constantly when they come out of the film, the perspective of us being written by someone else and so many other things that I cannot form sentences for.