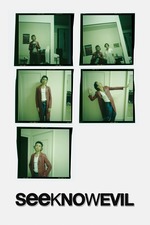 One of my new favourite documentaries

It’s weird learning about the backlash that happened after his death, he definitely wasn’t the king or even the originator of Heroin Chic but his death is what ultimately led to its demise. Also the fact that he was crucified despite actively protesting drug use (ignoring his later days when he did begin to use) is quite sad.

It’s also a great example of when an artist knows they’re going to die relatively soon and still creates art, examples being the great Warren Zevon and also George Harrison. But this man, or more realistically boy, knew that more than likely he’d die young, there was no conscious decision in ending his life but rather one bestowed upon him from birth.

Also in his photography you see such nonchalance, and reminds me a lot of the idea of Spezatrezza. You see his shots and you know you could recreate them but in doing so you’d be instilling so much effort in a photographer who seemed to actively despise it.