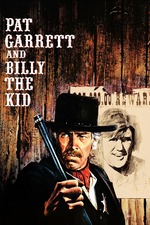 ''You handled a crude situation... with remarkable skill.''

The whole film feels like a third act—like the final installment of a trilogy where the first two films were never made—which is a double edged sword.
On the one hand it gives the film a palpable sense of inevitability. The film feels like someone playing Stravinsky on a 200 year old, dusty, unmaintained piano with no lid—a wire is going to snap eventually, it's only a matter of time, and it's likely to poke someone's eye out when it does.
On the other hand, it leaves the viewer feeling like there's something missing. A crucial piece of backstory or narrative that contextualises this finale. Maybe that's intentional, to mirror how the characters themselves have lost the old West of years before, being left now only with the option to either die or sell out, but i'm not sure if i buy that.

I loved the ending, I hated the soundtrack, but the film is more often genius than not.

I can see this one going up in my estimation on a rewatch. It's surprisingly dense and I feel like there's a lot to unpack here which would bubble to the surface when I know everything that's going to happen ahead of time.