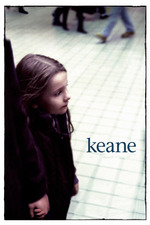 Keane is a drama about a schizophrenic druggie who is on a hunt for his supposedly abducted daughter. The camera is focused mainly on him throughout the movie. You see this man who waffles between being kind and fatherly, and completely insane. What I really liked was how tense it made me feel, not being able to trust the main character, not knowing when he would have his next big breakdown.
At first I thought the movie would have a lot to do with finding Keane's daughter and I was waiting for that scene when he would confront whoever took her. But it turns out that it never comes, and then you're not even sure he ever had a daughter. It's funny how the movie toys with your emotions.
Really the only significant characters we see in the movie are Keane, the lady he meets in a hotel who for the life of me I can't remember her name, and her daughter Kara, played by Abigail Breslin. I both loved and hated the relationship between Keane and Kara. I was so touched at what a good father figure he was being, yet I was terrifed because I always half-expected him to lose it and scream at her. And at the point when he uses her as bait for the child abductor, I was about to lose it. But I think this movie was less focused on some important message or something about family. I think it was made to be a tense movie that focuses mainly on one character and his serious problems, and if I'm right, then I guess they nailed it. If there was supposed to be a message, though, it would probably be something like, stay away from the guys who wash themselves at the sink in the public bathrooms.