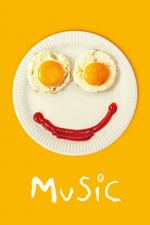 "I can hardly take care of myself."

I want to make something very clear.

I think that because a lot of reviewers and audiences have criticized your decision to use a neurotypical person in an autistic role and have criticized that performance as being offensive and uninformed, you might think that *were it not for that* your movie would be well-liked. I want to set the record straight:

Even IF you had properly researched the condition you're attempting to portray, and even IF you had cast a non-neurotypical person in the lead role, and even IF you hadn't made some tone deaf comments surrounding the controversy, and even IF you HADN'T told an actress "Maybe you're just a bad actor" when pointing out she or someone else could have stepped in and filled the role at a moment's notice, your movie still would've sucked. Hard.

You don't know what the fuck you're doing.

But you don't know how the fuck to make a movie.

There is a scene in this movie where a side character dies and because his scenes were so unimportant to the rest of the movie, the main characters never even knew that person was dead.

It's almost like you put that scene in the movie because you wanted people to see that your movie can have a serious sad scene. As if you don't know what the fuck you're doing.

There's a part of the movie where you pan the camera down to point it at an object your main character was holding to give it narrative value, but because you did it too quickly and didn't have the emphasis on that object, I literally thought the other character was offended by her shirt. I actually had to rewind the movie to make sure I wasn't misreading the emphasis of that shot.

Every single song and dance sequence in your movie comes out of absolutely nowhere and doesn't connect to the narrative arc of the movie. I have a lot of respect for musicals and people who can make a musical--it puts a lot on the line to suddenly have your characters burst into song and dance to express themselves. That's not an easy thing to accomplish (as demonstrated by your film) and I have respect for even musicals I don't like as long as I feel like they understand musicals. But the musical numbers here never connect to anything. The songs all sounded too similar and I had no idea what insight I was supposed to be getting from your main character from them. The choreography and numbers all just felt like random-ass music videos rather than parts of a real movie.

Sia, since you're definitely reading this and taking in what I'm saying, I want you to have a modicum of appreciation for the wonderful opportunity you had here. There are a LOT of people out there who ought to be directing movies but lack the funding or chance to ever do it. There are directors out there who put themselves on the line regardless and try so, so hard to make something that expresses themselves artistically, and they'll never have their movies get a fraction of the attention your movie got (negative or otherwise). You had a team of filmmakers working for you who believed in you and what you were doing (even though you didn't know what the fuck you were doing). You had actors working for you who knew how to act and knew how to deliver the cheesy, inane dialogue that you wrote for them with a straight face and make it sound natural.

You had an incredible amount of resources at your disposal, and you made this trash. Your movie is wholly offensive and flat and doesn't earn the emotional punches you strive for. Your movie is universally hated by the autistic community and pretty much everyone else as well. And rightfully so. Your movie is trash. And there's only one reason for this:

You are a bad director.

You are a very, very bad director.