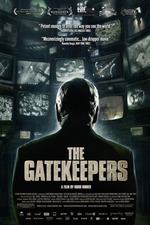 Owned this for a while but thankfully, BBC2 decided to force me into watching it by scheduling it on an evening where I wasn't busy. This is the sort of documentary that will enlighten you on the Israel approach to Gaza and how it deals with Hamas/Palestine. I can't claim to be massively well read on the subject so won't go into it but like all documentaries, if you support one side over the other, you'll probably a bias here.

For me, it was just fascinating to hear the anecdotes and approaches to perceived terrorism by a secret service, in this case Shin Bet. The film has a simple approach - six heads of Shin Bet since 1968 to 2011 explain events, feelings and the backgrounds of why they acted in the way they did. Add in some extremely gorgeous computer generated visuals and you have a five star film. Brilliant.

I Can Quit Whenever I Want