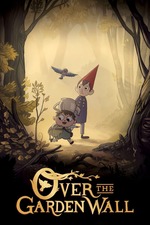 A lot has been written about the depth and beauty of the animation here, so I won't belabor it. I don't have the technical knowledge to add to that discussion, anyway. I will say that I enjoyed it, especially the tone it set with its color palette and the throwback feeling of certain parts (the cloud city part especially seemed to harken back (thanks, nabbers)). The other technical aspects of this were generally fairly impressive as well--the music was delightful and at times wonderfully awkward (and was that a T. Rex reference?) and the voice acting was generally stellar (a bit too heavy of recognizable voices at times, though).

The storytelling here was absolutely incredible, though. Slowly but surely, the setting of the Unknown is revealed to us, never quite seeming complete (allowing it to feel vast and wonderful), but always seeming to have depth and consistency to it. It feels like a well realized setting, and at the same time, it is mysterious and whimsical. It begs to be explored, like any good fantasy setting should. Each chapter also gave us more understanding of the characters and plot, taking full advantage of the episodic nature of the miniseries format to expand the setting while also delving into the plot. This is as common as muck for television, but stitched together into a full length film, it still feels right. And this animated series does it better than many broadcast dramas.

I also appreciated that the female love interest is shown not to be some sort of reward for the protagonist, but an agent of her own interest in him. He's awkward and shy in a way that could spoil him as some sort of awful stereotype, proto-MRA asshole, but instead, his interest is reciprocated well before he interacts with her. Furthermore, she is not presented as a result of his adventuring--in fact, it doesn't come up at all. He remains awkward and shy when he finally speaks to her. It's a nice variation.