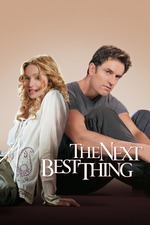 A good movie is hiding deep under the surface of this film. Add a bit of nuance, a better lead actress (not that I think Madonna is all that bad), a much much much better soundtrack, and cut out about an hour of it, and you could have something great. Instead, we have a muddled mess of a film with a lot of bad decisions and worse dialogue bogging it down.

For a minute, it feels like it's going to do everything just right. Well, theme-wise, it feels almost right. It looks like it's going to show a loving, untraditional family that works well, but instead it veers into melodramatic issues claptrap that fails utterly to capture the depth these issues deserve. Finding out Ryan Murphy was involved in the making of this made a lot click; this is his signature--an inability to really understand the ideas he's trying to depict. He goes for emotional payoff and comes up with moldy cheeze. He just doesn't seem to understand the difference between showing and telling; all of his characters over-explain their emotional state to a degree that it's boring.

Which hurts all the more because if he took any one idea from this film, worked it well, and seriously, please, god, if he didn't use that fucking Madonna cover of "American Pie," it could have been a great film.