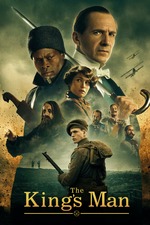 While The King's Man was a film that I found a lot of comedic joy in and enjoyed the action sequences, there is also quite a few areas where this film falls flat. The main issue is the plan and motivations of the secret group pulling the strings behind World War One. There really isn't a compelling reason for any of the historical figures working for "The Shepherd" to actually be following him. What do these people have to gain from following "The Shepherd"? I don't know, and the movie doesn't seem to have an answer either.

I also felt that the reveal of who the Shepherd was fell flat, honestly I forgot who the character that was revealed to be the Shepherd even was, so when the reveal happened my only thought was "Is this supposed to be a guy we know?"

Additionally I felt that the plot of the film meandered a lot, and didn't really seem to have a focus on anything in particular. Part of this for me is that the Duke of Oxford and his son's stories don't really mesh all that well, and when those stories diverge, the time spent on Conrad's story took away from his father's story and vice versa. Another part is that the goals for the characters changed a lot, it went from killing Rasputin to keep Russia in the War to deciphering the Zimmerman Telegram to get America to join the war to convincing Woodrow Wilson that the Zimmerman Telegram is real to destroying a film of Woodrow Wilson having an affair which is being used as blackmail to prevent America from joining the war. Honestly with a plot like that this might have been better as a miniseries and not a theatrical film.

There were also some things about this film that I liked though. Along with the previously mentioned humor and action, I felt that the nods and references to real history were a nice touch and hit more than they missed, Rasputin was a fun character and was a joy to watch, and as someone who like the previous Kingsman movies, it was cool to see the origin story of the Kingsmen, and those things were enough to get me say that I liked this film, but those things that are wrong with it still bugged me a lot and really prevented me from really liking this film a lot.