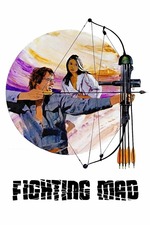 Immediately a step-up in quality from Caged Heat, it looks, sounds, and is performed much better. Demme shows a great affinity for tension in a few key moments and has some really fun car stunts as well. Fonda is especially good as the lead, though the tone of the movie never gets as intense as it should to end up where it does. The attack on his brother near the end is as dark as it gets, and it does justify his fight against the villains, but the music and visuals still all look like a Nebraska travelogue all the way through.

Kinda worth it just for the fun character actors doing a damn good job of playing these simple Nebraska folk.