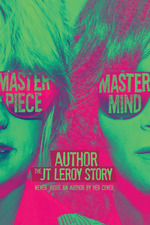 One of the many reasons why I'm fascinated by hoaxes is that, when you drill into it, it's hard to really define the term. A hoax done for malicious reasons is not a hoax, it's a con. A hoax done to amuse people is not a hoax, it's a prank. A hoax where the perpetrator appears to sincerely believe their inaccurate information is a delusion. This is before we get into the even trickier area of defining the idea of truth, and looking at how the level of honesty people expect changes over time. Daniel Defoe wrote under false names to give readers the impression that they were reading the true autobiography of Moll Flanders or Robinson Crusoe. That was simply how an author behaved back then. Today, James Frey is a literary villain because he embellished his own memoir. Yet surely it's less dishonest to exaggerate your own story than it is to fabricate another's?

Well, maybe. I'm fine with the lambasting of Frey - who did, let's not forget, try to promote his self-aggrandizing bullshit as having actual therapeutic value for drug addicts - and I think Defoe was perhaps the English novel's first genius. In other cases the line is hazier. JT LeRoy was a HIV-positive young man with gender dysphoria who wrote novels inspired by his abusive childhood. He rocketed to literary celebrity until it was revealed that he was actually two women, neither of them HIV-positive, one of whom was abused. Savannah Knoop played LeRoy in public appearances, and her sister-in-law Laura Albert wrote the novels.

This became a sensational story, and more than one news outlet in Jeff Feuerzeig's zippy, fascinating, relentlessly thought-provoking documentary refers to it as "the literary hoax of the century" or similar. Yet what is the actual deception? LeRoy's novels were sold as fiction inspired loosely by the author's abusive childhood, and that's exactly what they were. Does it matter that the abusive childhood was Albert's, not LeRoy's?

There are a number of teasing, interesting reasons why it might - to some people, at least. Albert's abuse stories are horribly, depressingly familiar; an absent father, a mother struggling to cope, an endless string of unsavoury 'uncles'. LeRoy's abuse stories, on the other hand, are Gothically repulsive to a hallucinatory degree. He'd lived the most extreme horror, he could write about it, and he was cute as well. Knoop-as-LeRoy ended up doing fashion shoots and dating celebrities, while Albert raised her son and tried vainly to launch a hilariously misguided singing career. In one wincingly illustrative moment she goes to one of LeRoy's book readings incognito. Even knowing nobody's paying attention to her, she can't stop feeling fat, old and ugly among the Hollywood actors and rock stars who made up the audience for her own writing.

Surprisingly there isn't much bitterness between Albert and Knoop over this, though we only hear the latter briefly. Most of the film is Albert's monologue, which is easily enough for a whole film. Albert invented LeRoy when she found herself unable to talk to a therapist about her own abuse, and decided to create a character to do it for her. From then, she claims, she found it impossible to stop writing, talking and thinking as LeRoy, and the breathless, compulsive character of her interview makes it easy to believe this.

Despite its bleak underpinnings, Author: The JT LeRoy Story is often a very funny film. The parade of celebrity friends of LeRoy becomes a terrific running joke in and of itself, and there are some astonishingly scurrilous stories about the likes of Courtney Love and Asia Argento. The latter directed an adaptation of LeRoy's novel The Heart is Deceitful Above All Things, which Feuerzeig wittily repurposes as LeRoy's flashbacks. During filming, Albert visits the set, and casually notes that it was the first truck stop she'd ever visited. This, after writing two purportedly semi-autobiographical novels about life as the child of a truck-stop prostitute!

LeRoy's other novel, Sarah, was due to be adapted by Steven Shainberg before Albert was unmasked. Afterwards, the production company sued her, ostensibly because she signed a cheque in LeRoy's name but really, you suspect, because they needed to offload a project that could only embarrass them now. Was LeRoy's writing really good enough to justify all this madness? Listening to the excerpts in this film, I'd say it was, and if Albert can psychologically find a way to write this well as herself I wouldn't bet against a comeback. Feuerzeig stages his own little adaptation of Sarah in the form of pen-and-ink-look animations, which feels very appropriate: the phone-pad doodles that came to life, and devoured the New York literary scene.