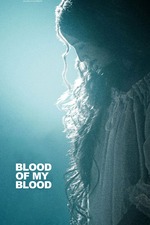 Blood of My Blood

Found the post-medieval half engrossing, the contemporary half amusing, but can't discern a connection between them more cogent than just "things sure were fucked up back then, and look what that worldview has metamorphosed into centuries later" (the interpretation that other reviews I've read settle on as well, more or less). I don't require laborious direct parallels—suggestion is fine—but ultimately there was just too little for me to latch onto when the cast of characters suddenly changed, and too many elements (e.g. Filippo Timi's modern-day jester) that seemed more random than pointed. Entirely possible that region-specific satire escaped me, though, and it's certainly singular enough to be worth seeing, even if I mostly wound up scratching my head.

Where to Invade Next