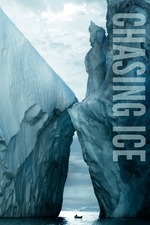 Damn this is scary. My distaste for advocacy docs is well-known (just this week I trashed a wildly acclaimed film about Uganda's anti-homosexuality bill), but this one works because its argument is fundamentally visual—reading about retreating glaciers just doesn't have remotely the same impact. Some of my pals here have complained that Balog is a dull subject, but the film is about him only in passing—even the bits devoted to his knee surgery (which only take up maybe two minutes total, guys) have a specific function, viz. explaining his absence from expeditions in the film's second half. I dunno, maybe if I had the Discovery Channel I'd be more blasé about footage this spectacular. And it's 75 minutes and out, for which many thanks.