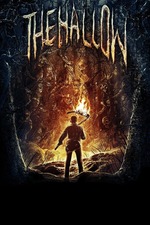 A truly standout horror that features some of my favourite ideas - ye olde folklore spooky stuff mixed with icky brain infections. Sure there are some real "what the hell are you thinking?!" moments from the characters - especially since the main guy is supposed to be a scientist - but it delivers on freaky effects and a good amount of people hysterically freaking out. The "monsters" look frightening and awesome too and it's been awhile since I've seen people in suits and cgi work that well in a horror film. There are a good load of The Thing-like animatronics too which I'm a huge fan of. Tonally it feels like Del Toro's early horror work and that's a great achievement.

It got a big round of applause at the end so you know the rest of the audience loved it too. There were only two people who walked out and that was during the bit where an infant was under threat. Appreciate some people don't want to see that but I thought it was non-exploitative and the story justified it so they can just go back to watching Fast and Furious films.

My only mistake was foolishly deciding to walk home alone and ended up scaring myself something silly.

I Stay with You