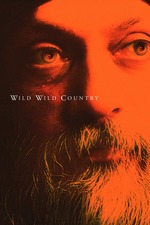 Look, this thing clocks in at six something hours but comes off with no takeway other than y’all shrugging shoulders, saying “that shit was WILD” and turning Sheela into a microwave-ready meme for y’all to enjoy.

Where is the context in any of this, really? Is any thread told in this doc linked back to the world at large? When and how did India come to be regarded as a spiritual playground for wealthy Westerners, and how does that dynamic play out in a country that, at the time the documentary begins telling its story, had been roiled and raped by the British Empire,  had been exploited by Europeans who had fermented religious violence to a fever pitch, and was only a few decades into tentative independence? What was the economic upside of gurus catering to Western fantasies? Who is Osho, where does he come from? What do the Rajneeshis even believe? What does Osho even believe?

Furthermore, what do Osho’s followers take away from the “dynamic meditation?” How did it affect their families, their children, the lives they left behind or uprooted and brought to Rajneeshpuram? Why is the violence apparently rampant in accounts of Rajneeshi “therapy” glossed over so thoroughly here? Why does the cheap Orientalism of the Rajneeshis have such a formidable foothold in the Liberal psyche? Who bombed the Portland hotel? Why is no discussion given to Osho’s fleeing of Rajneeshpuram serving as a prevention of the bloodbath raid on the ranch?

This thing is painfully long, bruh. I understand that a documentary can’t be a primer on everything, but when you have the gift of such a luxurious running time, why leave the story with more questions than answers? Everything here is streamlined to the point where events are just ladeled on “and this happened” anecdotes — its all boiled down to entertainment, complete with corny graphics and 80s rock & roll.