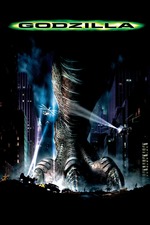 I Had Forgotten How Long and Bad This Is

I think I'm instituting a new policy today regarding riffed movies. If I see them live in the theatre (or, well, the next week in the theatre because I had to take someone to the airport), I will count it as seeing the movie, because I know based on Starship Troopers that they don't edit. If they did, they would have just cut the shower scene, not distracted us from the nudity. And then not shown it on their cameras but made it quite clear the people in their theatre were seeing it. Seeing it on TV, though, does not count. It appears 174 episodes of Mystery Science Theater 3000 are in the Letterboxd database, but the theatrical Rifftrax version of this isn't. So I don't know. Whatever. I will note that any number of my observations during the film (I take notes, but it's using purely ambient theatre light) are about the movie itself, not about the riffing. Yes, when I watched Starship Troopers, I started jotting down every '80s reference they made out of idle fascination. And I've never seen Anaconda, which they'll be doing in October. But you know, whatever. I hereby declare the whole thing close enough to be going on with.

Dr. Niko Tatopoulos (Matthew Broderick) has been studying worms in the exclusion zone around Chernobyl. (Not that the term is ever used). Naturally, this makes him the perfect choice to come examine the traces left of what is clearly some sort of giant lizard in Tahiti or wherever. He believes this is a giant lizard created by nuclear testing, because even if it no longer makes sense, Godzilla by-Gods has an origin story and we're sticking with it. Anyway, he and his nominal boss, Dr. Elsie Chapman (Vicki Lewis), trace it through several French-colonized islands and then on to one colonized first by the Dutch and then the English--Manhattan. Where, for reasons, Godzilla is going to lay its eggs. Also on Manhattan is Niko's ex-girlfriend from college, Audrey Timmonds (Maria Pitillo), who is now trying to make it big on TV by being the assistant to obnoxious broadcaster Charles Caiman (Harry Shearer). She basically destroys Niko's career while not really advancing her own, and she enlists Victor "Animal" Piloti (Hank Azaria) to help make it right. Also there is Ominous Frenchman Philippe Roaché (Jean Reno), because I don't know.

Though hey, at least Roland Emmerich managed to avoid the "French people are bad fighters" stereotype, which is pretty impressive for a movie wherein the first person we see is a Japanese guy watching sumo wrestling while eating ramen. That's something, right? I also have this belief that Jean Reno, so far as Americans are concerned, is the French equivalent of Samuel L. Jackson. The riffers made an Expendables reference, and I see it as merely a matter of time before Jean Reno ends up in one of those movies. Except they might rely too much on the "French people are bad fighters" stereotype to put him in one. Which, you know, lucky for Jean Reno. Okay, so it turns out that his small cadre of French Godzilla-hunters are as nothing against the terrible science of a Roland Emmerich Godzilla movie, but they're much more efficient than the full might of the US military. Which I'm not even sure what that means in Emmerich-speak. Of course, it would be nice if the various people trying to defeat Godzilla could maybe work together a little better, but I think it's clear to all of us that such a thing just wouldn't happen.

And really, the science is just dreadful. I mean, yes, you've got to stretch credibility some in any Godzilla movie, of course. On the other hand, the blame goes to aboveground nuclear testing, which doesn't make sense on a historical level. There has been a lot of aboveground nuclear testing since the '40s, and if it were likely to produce giant radioactive monsters, I think we would have seen it before 1998. Not only that, but parthenogenesis is exceedingly rare in reptiles--and they do persist in calling Godzilla "he" long after it's established that there are/will be eggs, which is just silly and wrong. (And did anyone else start to get a little uncomfortable with the sheer number of shots up into Godzilla's groin?) The line which made a lot of people laugh but was actually not terrible scientifically was when Stupid Reporter Girl referred to Madison Square Garden as being equipped with "an internet." Which is why "internet" is technically capitalized--the Internet as we use it today is a specific one. On the other hand, I think the term "an internet" as opposed to "the internet" has been obsolete since about the time this movie was made in the first place.

The mayor of New York in this movie is named Ebert and played by Michael Lerner, who vaguely resembles Roger. His assistant, Gene, is played by Lorry Goldman, who, yes, vaguely resembles Gene Siskel. Mayor Ebert crams himself full of candy, because Roger had a weight problem at the time. It's a bit tacky, and I suspect it's intended at least in part to suggest that any negative reviews are due to his treatment of two of the most famous critics in the business. Which is frankly extremely petty. What we are learning is the extremely Emmerich lesson that people actually come together in a crisis, and that can even include the people at the top. This is two years after he made Independence Day, where the whole world came together to fight aliens. The officials in this spend as much time fighting each other as they do the variable sized monster destroying Manhattan. And I wonder what Roger would have thought of the fact that the Rifftrax guys mentioned the "video games as art" debate, a joke that I was the only person in the theatre to laugh at.