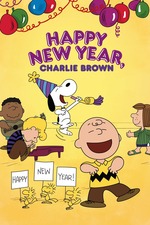 The Essential Injustice of the Peanuts Universe

I got this as part of an ill-timed holiday collection--a whole bunch of lesser winter specials. I mean, I watched them anyway; even lesser Peanuts specials aren't terrible. Usually. The thing is, though, I'm discovering that there are aspects to the specials that make me kind of uncomfortable. It's been a while since I read much of the strips--I do want to get one of the newer books, because it's got an introduction by the RiffTrax guys for some reason. At bare minimum, I want an explanation. Anyway, I don't really have that much to say about the single half-hour special, plot-heavy though it is, but I plan to use this as a bit of a launching point for the serious issues I have with many of these specials. I don't know if I noticed these things when I was a kid; it's hard to say. I do know that I notice them now, and they make me a little twitchy. I've noticed that I'm getting more sensitive to certain issues as I age, but I think I have always been considerably more sympathetic to Charlie Brown than the universe he inhabits is; this kid is not just unpopular among his classmates and various other kids. He's mistreated in one way or another by most of the adults he knows, too, and the specials never quite acknowledge that.

It's Christmas vacation, but we aren't focusing on the Christmas aspects this time. For one thing, Charlie Brown (Chad Allen) has been assigned a book report on War and Peace over vacation. He is, as you might well imagine, more than a little freaked out on this subject. Peppermint Patty (Kristi Baker), meanwhile, is planning a New Year's Eve party, and she invites Charlie Brown, because of course she does--she has a serious crush on him and always has. However, even if Charlie Brown weren't busy attempting Tolstoy, he has his perpetual crush on the Little Red-Haired Girl (named Heather for the later specials, which has always kind of bugged me). He doesn't notice that Peppermint Patty has a crush on him, and he certainly doesn't notice her casual confidence that he has a thing for her as well. He attempts to invite the Little Red-Haired Girl to the party, but things go badly, because he is Charlie Brown. And then, he begins to think that maybe he just won't even go at all, on account of how he has to read War and Peace in two weeks.

Seriously, though--War and Peace? And at the end, their next assignment will be Crime and Punishment, a book I myself was unable to finish. (It was assigned to us my junior year in high school, and we actually gave Candice Bryant, the only person in my class who did finish it, a round of applause.) I don't know how old the characters are; I suspect it's one of those things that changes over the years of the strip. Still, they are consistently in elementary school. Who the hell assigns Russian novels to elementary school kids? It's also worth noting that none of the other kids seem the slightest bit concerned with the assignment. Linus (Jeremy Miller) is expressly in the same class (its own problem, given the known chronology of the strip), but while he's willing to accompany Charlie Brown on an attempt to find some other media adaptation (a computer game?), he isn't concerned with finding one himself and is never seen reading. Charlie Brown gets shamed by the teacher for the quality of his book report, but has anyone else actually turned one in? Because I don't believe they have. I also thought, "Hey, didn't Snoopy do a puppet show of this once?"

I get the philosophical causes of Charlie Brown's misery; he fills in for all of us. We all feel our lives are worse than everyone else's, whether that's true or not. When Charlie Brown gets screwed over by life, we can sympathize. We all believe we've been screwed over by life. (I don't dispute that some of us have been, but it's a little extreme with Charlie Brown, given that he's a middle-class white boy from the suburbs.) I'm sure most of us have had that feeling that we are the only person who turns in an assignment, yet we still get a bad grade for not doing a better job. I mean, I haven't; I was really lousy at turning in assignments at all. Still, that sort of thing. How true it is depends. I suspect it's seldom actually true. But when it happens to Charlie Brown, we not only believe it, we go along with it. Charlie Brown goes trick-or-treating and comes home with a bag of rocks? We are supposed to laugh, not think how awful it is that everyone in his neighbourhood thinks it's funny to give any kid rocks in their trick-or-treat bag and that Charlie Brown ended up with all of them, whether accidentally or with malice aforethought. That's pretty terrible, isn't it? I mean, pretty much on par with assigning elementary school kids War and Peace over Christmas. We had a whole grading period for Crime and Punishment!

And yet he's got two girls interested in him. I mean, I see a lot of people talk about how Peppermint Patty and Marcie (Jason Mendelson) are a lesbian couple (apparently, Marcie is trans?), but that doesn't work. I do admit that Marcie hero-worships Peppermint Patty; possibly she's bi. But it is clear, if you pay attention, that any romantic interest in Peppermint Patty is not monogamous. Both girls are interested in Charlie Brown. Peppermint Patty lives happily in a world where their mutual affection is clear to everyone, especially him, and he's a "sly dog" who is always trying to go out with her. Here, she expects him to be her date for the party, even after he starts talking about the Little Red-Haired Girl. She doesn't hear him, because Peppermint Patty doesn't hear anything that she doesn't want to. I'd argue she's even more selfish than Lucy (Melissa Guzzi), because Lucy is aware of her selfishness, and Peppermint Patty just doesn't notice. On the other hand, I think Marcie is shy with "Charles," and possibly aware that his interests lie elsewhere. And probably aware that Peppermint Patty would kill her if anything ever happened between Marcie and Charlie Brown. On the other hand, Marcie is the one who kisses him at midnight.

The Song of the Cloud Forest