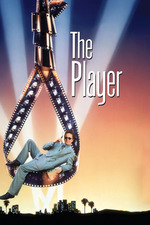 Even in Hollywood, I'm Not Sure I'm Buying It

The first thing I have to get off my chest is this. The Rialto Theatre is not in Pasadena. Was not--alas, its doors have closed. (Please consider going to www.friendsoftherialto.org/Friends_of_the_Rialto/How_to_HELP!.html to help them restore the beautiful old building and get a great theatre back on its feet.) I went to high school in Pasadena, you see, and when I was growing up, we drove past the Rialto every week on the way to my private viola teacher's house. I saw Much Ado About Nothing while sitting in the balcony of the Rialto. That same night was the first time I saw The Rocky Horror Picture Show; the first I'd ever heard of it was the sign out front saying that they played it every Saturday at midnight. I wish I could remember my mother's explanation of it; I'm sure it was delightfully obtuse, given that I was about eight at the time. Though of course, they closed the balcony for that, because Gods alone know what people would have gotten to up there. Still, the Pasadena Police Department would have had nothing to do with a murder outside the Rialto, because South Pasadena is its own city, not just the southern part of Pasadena.

Griffin Mill (Tim Robbins) is a high-powered executive for a big Hollywood studio. His job is to reject story submissions. Oh, you could say it's to approve them, but he sees 50,000 a year and approves twelve, so you do the math on what he's actually getting paid for. Anyway, he's concerned about two things. One, Larry Levy (Peter Gallagher) seems to be making a move for his job. Levy is younger and more adventurous, and Griffin may be on the way out. The other issue is that he's getting mysterious postcards threatening his life. He decides that these postcards must have been sent by David Kahane (Vincent D'Onofrio), a writer Griffin has been brushing off for months. He calls Kahane's house and speaks to his girlfriend, June Gudmundsdottir (Greta Scacchi), who tells Griffin that Kahane is at the Rialto. Griffin goes to meet him there, pretending badly that he was really there to see Ladri di Biciclette, The Bicycle Thieves, but Kahane knows he wasn't because Griffin tripped over his feet on his way into the theatre. They argue. Kahane brings up Levy. Griffin, in a fit of rage, kills him.

What I would like someone to explain to me is the tampon scene. Griffin is being questioned by Detective Avery (Whoopi Goldberg) of the Pasadena PD, because that's where the Rialto is in this movie's world. Anyway. She gets into an argument with one of the other police officers about who stole a tampon out of her desk. There is much bickering with the other female officer, because the other female officer is the only one with a reason to take it. It obviously wasn't Detective DeLongpre (Lyle Lovett), right? But I have to ask--is this a conversation you'd have in front of a murder suspect? Because Griffin is, so far as I can tell, a murder suspect at this point, and he's sitting right there for the whole thing. Is it intended to gross him out and make him confess? Is it intended to humanize Detective Avery? Is it intended to show that she's so caught up in her own petty problems that she can't catch a murderer when he's sitting in front of her? I do not understand this scene, and I want someone to explain to me what it's doing there both in-story and out. It seems pointless to me, and it's not as though the film needs the padding.

Actually, I'm not sure why much of anyone acts the way they do in this film. Why the postcards? Why does Griffin think Kahane sent them out of all the thousands of writers he's probably blown off? Why does he behave in such a stupid and obvious fashion? Why does someone who behaves in such a stupid and obvious fashion apparently leave so little evidence for the police to work with? Why the interminable karaoke bit? Why does the head of studio security (Fred Ward) think it's his job to protect a murderer just because the guy happens to be an executive for the studio? Wouldn't he know how bad it would be for the studio if word got out? I get that this is intended to be satire, but here's the thing--even in satire, people's actions need to be internally consistent. They can be doing stupid, heedless things. Honestly, everyone does now and again. That's fine. But so much of this movie falls apart so easily if you really start to think about why anyone in it would do what they were doing that it made it hard for me to enjoy the movie. The whole "here's how we don't need writers" scene is painfully inept, at least to me, because what, are the actors going to ad lib every movie from here on out?

There is, though, that opening shot, and it's a doozy. Less impressive than Russian Ark, of course, but that was years later. This shot is only some eight minutes long, and it's nowhere near as complicated technically, but it's also completely ad libbed, including the discussion of other movies that had lengthy tracking shots. (If you're looking for a way to kill time, Wikipedia's got a page on long shots.) There's a (flawed) discussion of Rope, for example, which falls for the myth that there are no obvious cuts in it. The camera stays outside, for the most part, and we see bits and pieces of studio business from outside the windows. I suspect that a lot of it is stuff you wouldn't actually say where anyone could overhear it, but that's a technicality. This movie took a heck of a lot more takes to get through its one long shot than Russian Ark--or, I suspect, Rope--but I also suspect at least one of those takes involves someone who completely blanked on what they thought they were going to say once the camera was on them. Which is, when you get right down to it, why films have writers in the first place.